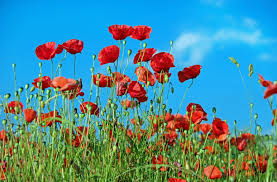 As we start remembrance week the MCVC team spotted this poem which may resonate with many veterans.

Don’t envy a man his medals, all those ribbons on his chest,

He did not try to get them, they’re not there at his request,

They were earned in stinking hell holes, where no man would like to go,

Or in cold and wintry places, where there’s only ice and snow.

He did not know he earned them, till they were awarded at parade,

They were bright when he first got them, but in time the colours fade,

But when the memories come to haunt him, those same medals make him hide.

Cause those medals will not bring back, all those guys he left behind,

And he would trade them all forever, for a little peace of mind.

So don’t envy a man his medals, you don’t want to take his place,

Thinking back to long gone battles, and meeting dead friends face to face…..

They shall grow not old…