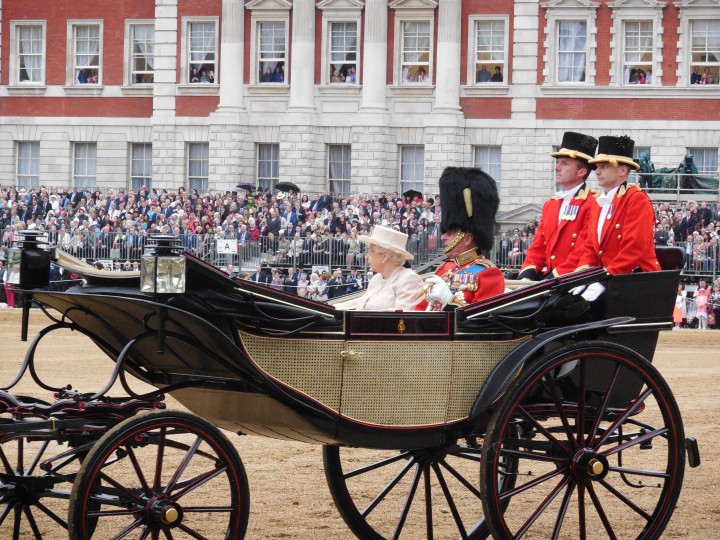 The Queen and Duke of Edinburgh arriving on parade on the occasion of Her Majesty’s official birthday.  1st Battalion Welsh Guards had the honour of trooping the colour this year, and did so with considerable style and panache.  Also a very important day for WO1 (GSM)  Billy Mott OBE MVO WG, for who this was his last Birthday Parade before retiring after 37 years service.   Lt Col McPherson attended the parade and is a close friend of the Garrison Sergeant Major having recruited him into the army in the late ’70’s!  It was also apt as this is the centenary year for the Welsh Guards. 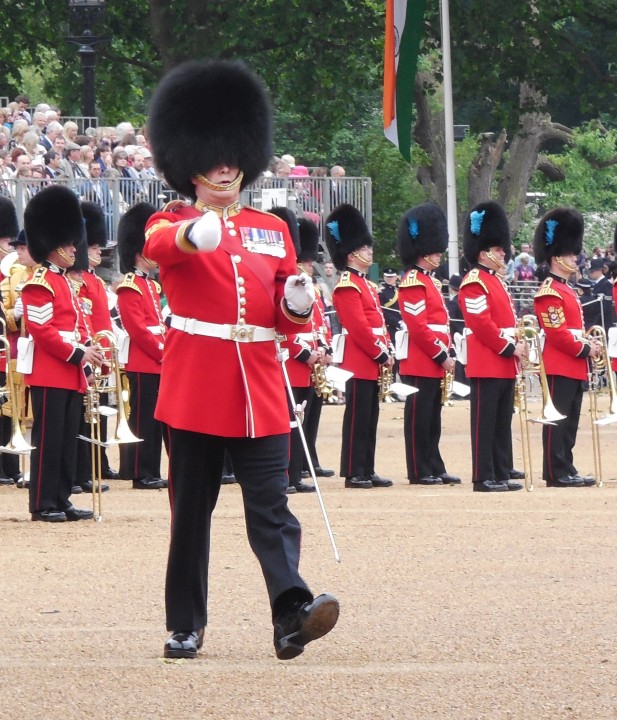 Much has been broadcast and written about  the GSM LONDIST; the man who is responsible for all State ceremonial events.  Many will have seen him on Trooping the Colour (many may not have recognised him under that bearskin!) and at the service of remembrance at the Albert hall before Remembrance Sunday, but he also has responsibility for all State visits, the State opening of parliament,  and much more.  Bill Mott is a man of the highest person standards who has dedicated himself to his appointment; we have lost a truly outstanding Sergeant Major.  On behalf of the MCVC I wish him a long and happy retirement in America.  And so, like many before he will turn to the right – with a regimental pause of 2 -3, salute and march off for the last time.  Good luck from us all.