At 2pm on Tuesday 21st March 2017 Family, friends and the Military Community gathered together, initially at Rotherham Minster and thereafter at Rotherham Crematorium to say farewell to Edward (Ted) Hodson (member of the Royal Engineers Association, Aden Veterans Association and founder member of the MCVC) who passed away on the morning of Tuesday 7th March 2017.   A Guard of Honour, Standards and a Bugler playing the Last Post ensured that Ted’s final journey was one fitting of a member of the military community who was very well known within the borough.  RIP Ted, you will never be forgotten. 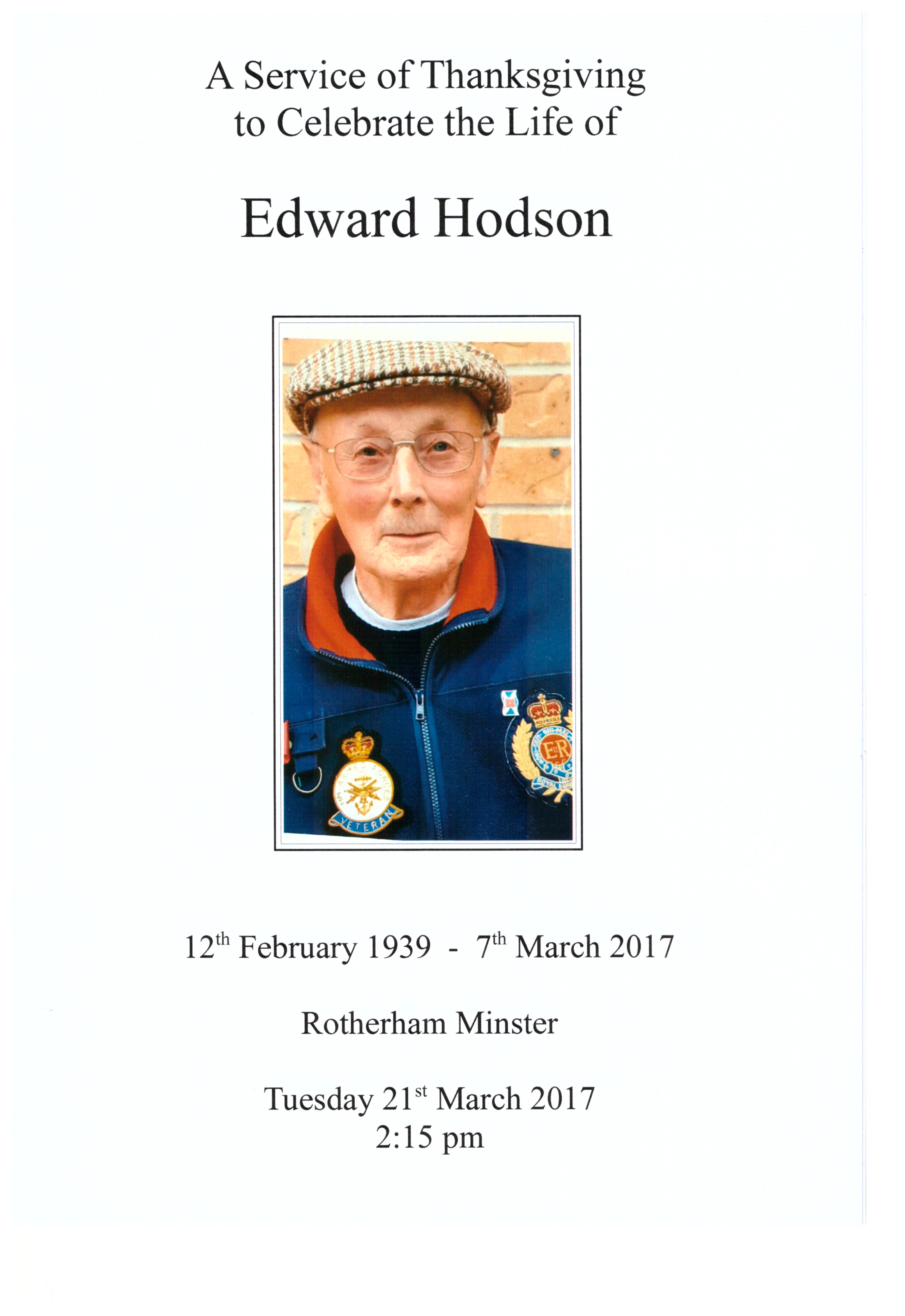 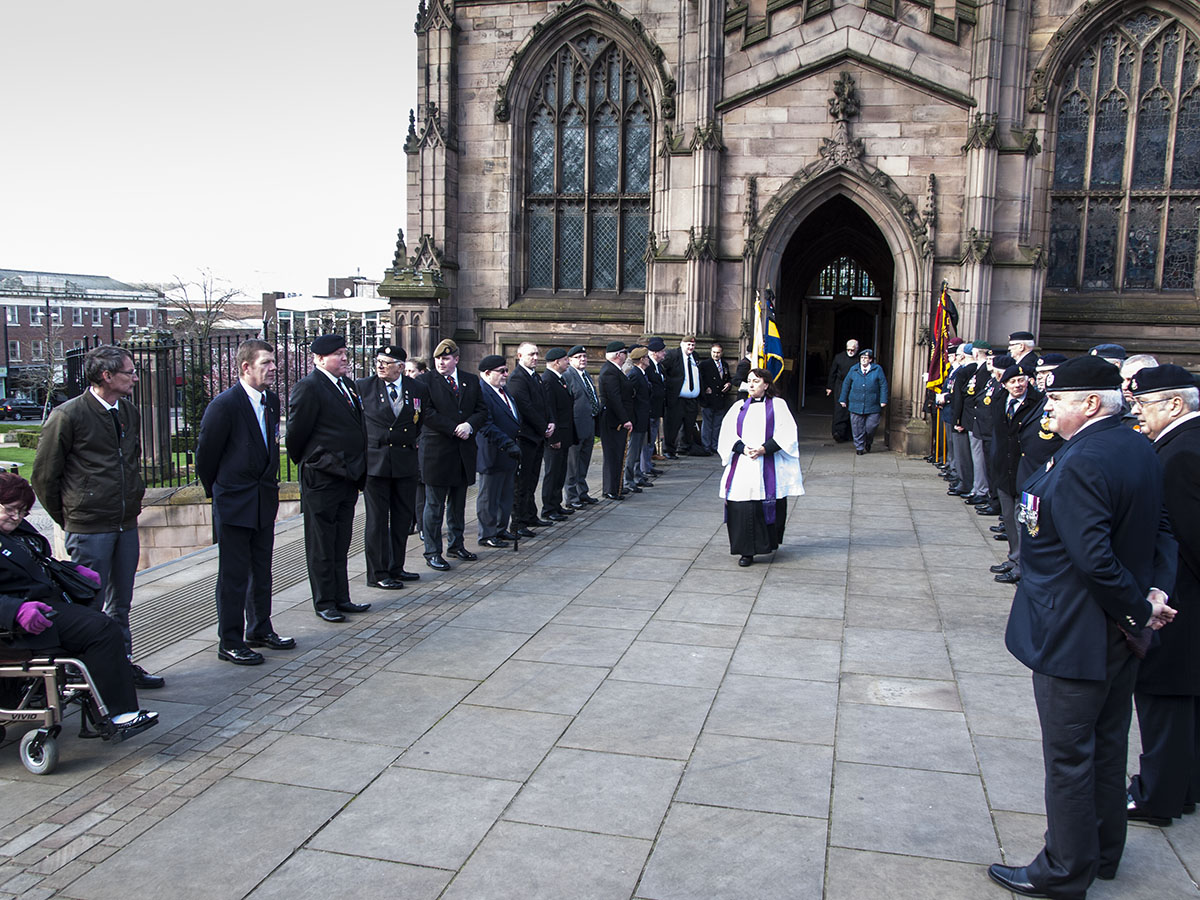